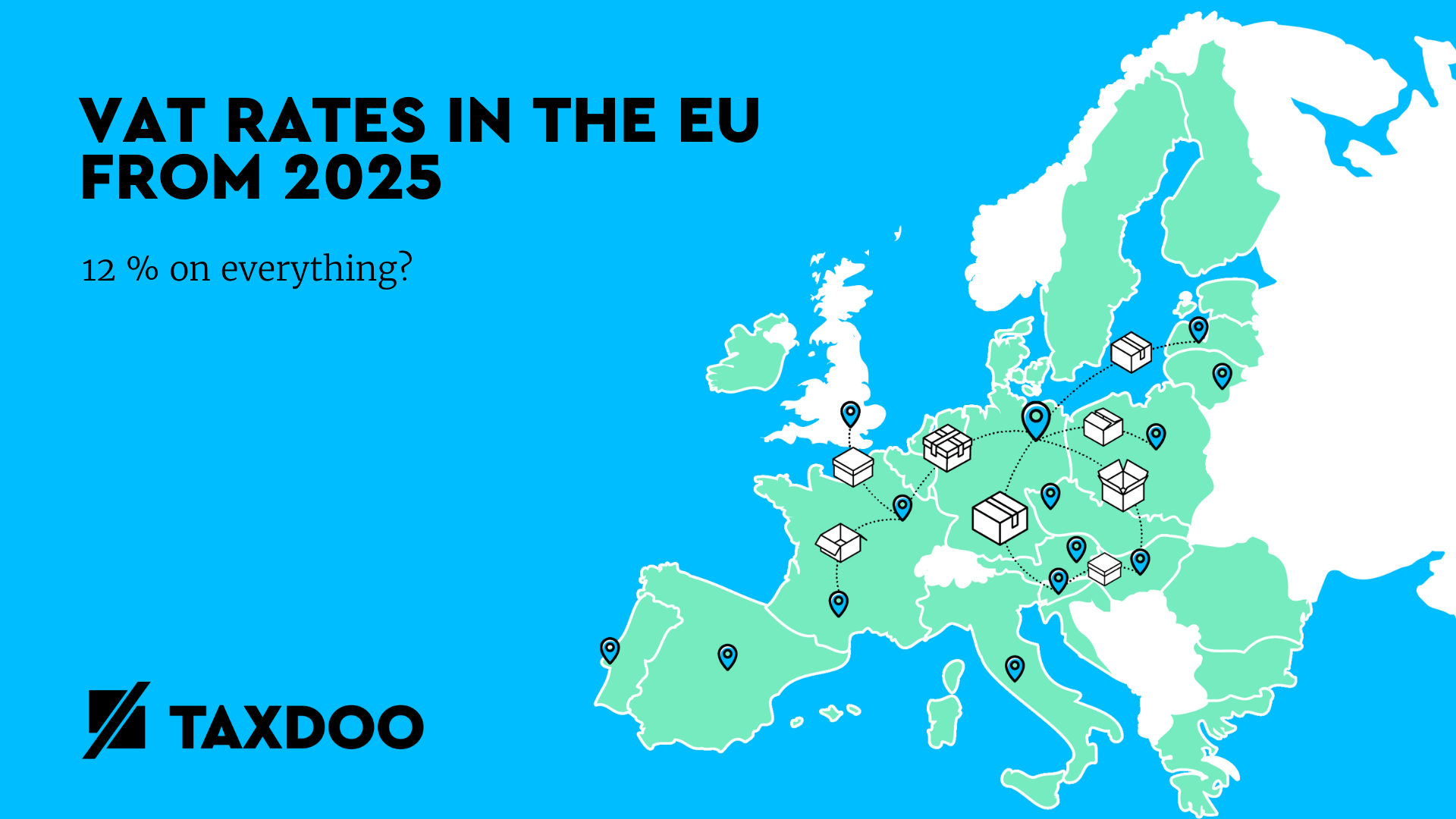 One of the reasons why cross-border e-commerce is still associated with high hurdles, is the diversity of tax rates in the European Union (EU).

Since July 1, 2021, almost every cross-border sale to private individuals within the EU must be taxed in the country of destination. Therefore, this VAT rate problem affects just about every online retailer and their tax advisor.

Each member state seems to go their own way. There is currently no structure that has been put in place that can be used to accurately determine the tax rate for each product and each EU state.

On December 7, 2021, the EU decision-making body – the Council of the EU – met and decided in the ECOFIN final to rework the structure of tax rates by 2025.

The question that now arises is: Will this major reform make things simpler from 2025, or do we face additional complexity – as we have done with many other reforms?

To answer this question, let’s briefly start with the context surrounding the reform and then look at the individual components.

Background: VAT rates in the EU – an eternal dispute between the EU Commission and the individual member states

VAT is the most important source of revenue for most states in the EU. The corresponding tax rates, in turn, are an important control instrument within the framework of economic and social policy. The following example illustrates this:

VAT and the value of food: Anyone who regularly goes on vacation in Scandinavian countries – e.g., Denmark – will notice that food is significantly more expensive there. This is not only due to the higher purchasing power, but also to the VAT rate applied to foodstuffs.

The question is: Is each state free to decide which product or service it subjects to sales tax and at what percentage?

The answer to this is yes and no!

In principle, the European Commission regulates with its specifications in the VAT system directive that every product and every service must initially be taxed with at least 15 percent VAT. There is no upper limit from a legal point of view. Denmark is currently well ahead with 25 percent, however they are still overtaken by Hungary with 27 percent.

Excursus on tax exemptions: Under VAT law, the supply of certain products or the provision of certain services can also be exempt from VAT. This can be, for example, the services of a doctor or a sale made to a third country (i.e., export sale). In this article, however, the focus will be on sales within the scope of online trade within the EU to private end consumers. As a rule, these are not subject to any tax exemption.

While there is no upper limit, there is currently a lower limit of 5 percent, which will continue to be applied up until the incoming reform planned for 2025. These cases are referred to as reduced or reduced tax rates. These products or services must therefore be taxed at a rate of between 5 percent and less than 15 percent (remember, 15 percent is the current lower limit for the standard tax rate).

Excursus on the lower limit: A lower limit on tax rates serves, among other things, to prevent tax dumping. It would be possible, for example, for member states to relieve the burden on their residents by imposing very low tax rates and to recoup part of the lost government revenue via the fiscal equalization system in the EU. The aim is to limit this adverse incentive.

However, if one looks across the borders within the EU, one quickly realizes that many EU states have not adhered to this lower limit. The temptations and the economic leverage that VAT rates now have are too great.

However, the sanctioning measures of the EU Commission as guardian of the authoritative VAT system directive are limited. Because of this we have been living with super-reduced tax rates in numerous EU states for many years.

The EU Commission has now seized this opportunity. In the coming years, VAT law in the EU is to be reformed even more extensively. Even more so than what the July 1, 2021, introduction of the e-commerce package/OSS hinted at. The EU Commission needs the consent of all states for this to happen. This is because the principle of unanimity applies to such important reform projects in the EU.

Since it has been all over town in Brussels for several years now, it’s time to say it clearly. The Commission has now obtained this desire to reform by granting the member states significantly more autonomy in determining (reduced) tax rates from 2025.

Let’s take a detailed look at these concessions.

With the tax rate reform for 2025, the Annex III of the VATystRL will be adjusted, so that ultimately, as of 01/01/2025, there will be 24 categories of goods and services that member states may – but do not necessarily have to – tax at a reduced or even super-reduced rate.

We would like to remind you that “reduced” means a tax rate between 5 and 15 percent.

In addition to changing/expanding the categories in Annex III, the reform will also include a truly new aspect: Member states will be allowed – but not required – to apply a super-reduced tax rate of less than 5 percent for up to 7 categories (out of the 24 categories) of their choice.

Member states that already have a corresponding tax rate – because they have not followed the rules – will then have to assign these tax rates to the 7 categories from 2025.

But doesn’t this reform now lead to the aforementioned tax competition or to possible tax dumping if the member states now “have to” levy significantly less VAT?

To avoid this issue, member states will commit to the following from 2025. For all transactions in which the buyer cannot deduct VAT as input tax – these are largely supplies and services to end consumers – the average weighted tax rate must be 12 percent.

This intention is commendable and makes a lot of economic sense. The question of monitoring and sanctioning alone, makes one think of a toothless tiger. In any case, the national statistics authorities will have their work cut out for them.

The reform will also strengthen the role of tax rates as an economic booster.

The anchoring of a Covid mechanism in the tax rates

The extent to which the temporary tax rate reduction from 2020 in Germany and many other EU member states has supported or even pushed the economy is still disputed. What is undisputed is that EU member states also wanted to see the possibility of active economic policy by means of VAT rates anchored in the VAT Directive from 2025. This is now going to happen.

Significantly more time is being taken in the area of sustainability.

Tax rates promote sustainability – but not until 2030, or later

Until now, numerous supplies of goods whose products are often associated with high CO2 emissions – e.g., fertilizers or pesticides – have been subject to reduced tax rates. This is effectively tantamount to a subsidy, which is now set to expire in 2030.

Is this the big deal that will simplify a lot of things – especially in online trade?

The answer is: Absolutely not!

We see significantly more autonomy for member states in applying reduced and super-reduced tax rates from 2025. This gift from the Commission to the economic policymakers of the national states will mean that automated VAT systems, which need to be based on comprehensive VAT rate databases, will become more important than ever, especially in cross-border e-commerce. 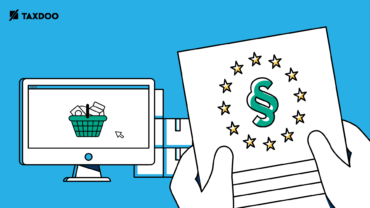 VAT in the Digital Age - The Next VAT Reform for E-Commerce?

What the EU has planned sounds very promising. VAT returns and paying VAT in EU countries could become simpler and more digitalised. For e-commerce, this could mean that common business models will also be considered in the future. What was intended with the VAT reform for e-commerce in 2021 through the One-Stop-Shop (OSS) could now be achieved: simplification of meeting VAT obligations. In this article you can find out what is planned, whether online sellers and their tax advisors can expect relief from VAT obligations for EU e-commerce in the future, and what the EU Commission's timetable looks like. 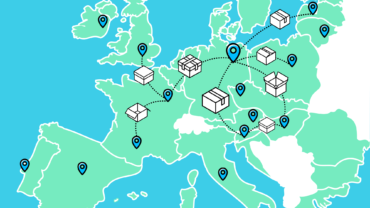 The One-Stop-Shop is part of a significant EU VAT reform for e-commerce. Find out everything you need to know about it here. 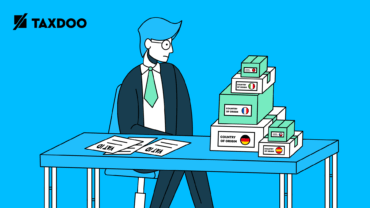 VAT identification number and country of origin for Intrastat reporting: New requirements from 2022

The Intrastat declaration is probably one of the least popular types of declaration that companies are required to submit for their cross-border sales. However, the major VAT reform in eCommerce from 2021 has not stopped here, either, and online merchants need to take action. Starting in 2022 there will be new reporting obligations - regardless of whether you use the One-Stop-Shop (OSS) or not. What does Intrastat have to do with the OSS? This is what we are going to explain to you in this article.